The Mystery Of The SS Marquette And Bessemer No. 2 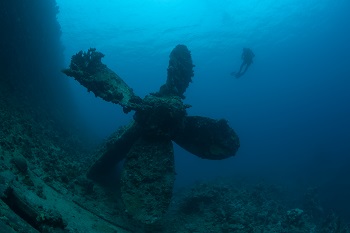 Lake Erie is home to one of the world's great maritime mysteries: the loss of the SS Marquette & Bessemer No. 2 in 1909.

Prior to recent decades, it was not uncommon for ships to meet their demise on Lake Erie; there have been more than 100 documented shipwrecks on the lake including commercial vessels and passenger vessels.

What sets the Marquette & Bessemer No. 2 apart is the mystery surrounding the wreck and the difficulty of shipwreck enthusiasts to locate the vessel in the clear waters of this inland sea. According to James Donahue, "the wreck has reportedly been seen from the air on clear days...yet no one has located it by boat."

The Wreck of the SS Marquette & Bessemer No. 2

The vessel departed on the morning of December 7, 1990, engaging in its routine 5-hour trip to deliver cargo at Port Stanley. The ship encountered sustained winds of 75 mph and was unable to find shelter in nearby harbors. The specific details of the ships actions are unclear due to conflicting testimony from witnesses that night.

On December 10, a field of debris was found that contained woodwork painted the color of the Marquette & Bessemer No. 2, and a lifeboat was found on December 12.

The Aftermath of the Shipwreck

Only five bodies from the Marquette & Bessemer No. 2 were ever found and - chillingly - the captain's body had severe slash wounds that matched the profile of the two large knives and a meat cleaver found on a crewman's corpse. With no survivors to shed light on the circumstances surrounding the sinking, we will likely never know the cause of the wreck or what actions were taken in an attempt to find shelter.

Speculation has centered primarily on the lack of a stern gate on the car ferry allowing large waves to flood the ship from the rear. This could have extinguished boiler fires and resulted in a lack of power to steer through the storm or caused the ship to capsize due to the additional weight.

Where is the Marquette and Bessemer No. 2 Today?

The Marquette and Bessemer No. 2 is considered to be the holy grail of Lake Erie shipwrecks, with reported findings ultimately proving to be cases of mistaken identity.

Will the wreck ever be found? Time will tell.

Here is an interesting presentation by Mark Allenbaugh on the sinking of the Marquette & Bessemer No. 2.