On November 14, 2022 the The Bureau of Ocean Energy Management (BOEM) issued its Draft
Environmental Impact Statement (DEIS) which analyzes the potential environmental impacts of
the project as described in the project Construction and Operation Plan (COP). The DEIS
indicates that the project will be environmentally safe in may respects. This puts the 2,076 MW
Equinor and BP project one step nearer to its goal of delivering power by the mid-2020s.

BOEM continues to drive significant progress to meet the Biden-Harris administration’s
ambitious climate goals, and our commitment to advance offshore wind is keeping pace with our
commitment to do this right,” said BOEM Director Amanda Lefton.

The Empire Wind DEIS now will go through review through the Administrative Procedures Act
so that final environmental approval can be obtained.
Similarly, in May 2022, the project Construction and Operation Plan (COP) was issued outlining
the infrastructure, equipment, installation, maintenance and environmental protection issues
related to the project.

Below is a map showing the Empire Wind Project facilities locations.
Copies of both documents can be found on the Hofmann & Schweitzer Website 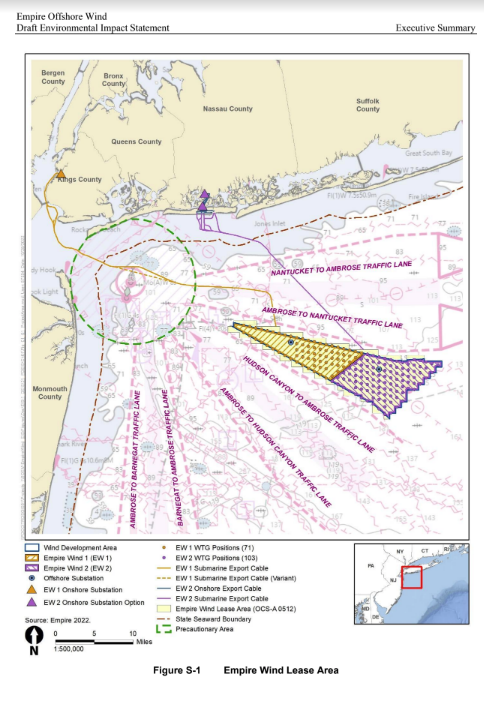