As an injured maritime employee, you may already know that arbitration benefits your employer more than you. The good news is that arbitration clauses for future claims in a Jones Act seaman’s original employment contract are unenforceable in the United States. The bad news is that post-injury arbitration agreements have been upheld by several courts, making them more common in maritime personal injury cases.

Advanced Wage Agreements are among the many ways employers take advantage of injured maritime workers. After a seaman is hurt on the job, the employer or shipowner sends a document offering financial benefits over and above what the seaman is owed in maintenance and cure. These advance payments will be deducted from a worker’s future wages (or 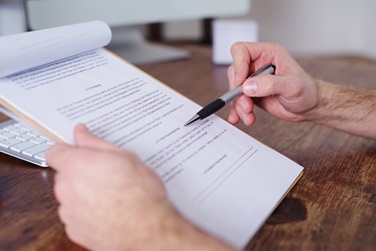 injury settlement if the condition is permanent).

To a struggling seaman, this may seem like a fast and easy way to make ends meet without hiring an injury attorney. However, Advanced Wage Agreements (AWA) include a dispute resolution clause. By signing this agreement, the Jones Act seaman accepts payment of unearned wages in exchange for agreeing to arbitrate any future personal injury claims against the vessel.

Companies claim that the goal of an AWA is to give injured crew members the money they need to focus on their rehabilitation without worrying about paying the bills. Unfortunately, the real reason they issue an AWA is to force seamen to agree to arbitration, reducing the value of a future injury claim to pennies on the dollar.

How Is Jones Act Arbitration Legal? Don’t I Have the Right to a Jury Trial?

Unlike employers in state and federal worker’s compensation claims, vessel owners are not immune from being sued by their employees. Jones Act seamen cannot sign away the right to sue their employers for negligence or unseaworthiness after a work-related injury. However, they can sign away the right to settle the lawsuit in a judicial forum—which is precisely what the dispute resolution clause achieves.

Why are employers and vessel operators willing to pay so much upfront to guarantee arbitration? One simple reason: no jury. Injuries at sea can be debilitating and costly, and juries don’t look favorably on vessel owners who knowingly put workers at risk. A successful trial risks the company losing millions of dollars for a worker’s medical costs and economic losses. A few thousand dollars now—in exchange for your signature—can literally save them millions later.

The reason employers get away with this is because they give injured seamen payment above and beyond what they are required to provide under the law. Under contract law, a party who pays an amount sooner than it is due is given substantial consideration in a dispute.

No Judge Is Going to Enforce a Jones Act Arbitration Clause… Right?

Wrong. As long as the employer issues payment greater than what the injured seaman is legally entitled to in exchange for mandatory arbitration, courts will enforce the arbitration agreement.

Several courts have upheld post-injury arbitration agreements based on the Federal Arbitration Act (FAA). As long as there is “an existing controversy”—in other words, you have already been injured—the FAA provides that “an agreement in writing to submit to arbitration is valid, irrevocable, and enforceable.”

This puts the injured seaman at a disadvantage in several ways, including:

Can I Still Win My Claim in Arbitration?

Yes! Even if you’ve signed a dispute resolution agreement, it’s still possible to get the compensation you need in arbitration. However, you will need a tenacious and experienced lawyer because the decision is binding. We have helped others get positive results in arbitration and know what it takes to win these claims. Call us at 1-800-3-MAY-DAY or fill out our online contact form to begin your no-obligation consultation.