Injured sailors and their family members have a right to file claims against the vessel’s owner for personal injuries, deaths, and other losses due to a disaster at sea. However, the value of these claims can be greatly diminished due to a law called the Limitation of Liability Act, which allows companies to pay far less in successful claims to injured crewmen, passengers, and guests.

Exceptions to the Limitation of Liability Act of 1851 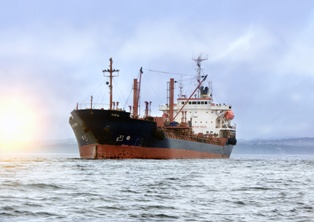 The Limitation of Liability Act of 1851, commonly called the Limitation Act, was created to prevent American shipowners from going bankrupt after large losses. After a major maritime incident, a vessel owner can file a proactive claim under the Limitation Act before any injury lawsuits can be filed. This action has two main functions: to coordinate all lawsuits for the incident into a single federal action and to limit the amount available to plaintiffs to the post-loss value of the vessel and its cargo. If the vessel and cargo were lost completely, the value of the vessel cannot be calculated in the owner’s assets, making much less available to injury victims.

However, not all injury claims are subject to the limitation of liability actions. No matter what the circumstances of the disaster, shipowners will remain liable for:

Free Info: Understand Your Rights After A Maritime Accident

If a company is successful in its limitation action, the victims’ damages may be far less than the amount of their medical bills, disability costs, and pain and suffering. For this reason, it is vital that injured workers seek the advice of an attorney who is familiar with the requirements of the Limitation of Liability Act, as well as at the legal methods to defeat the vessel owner's claim. Contact us online or call us today at 1-800-362-9329 to schedule your free initial consultation. You have the opportunity to speak with one of Hofmann & Schweitzer's experienced maritime injury lawyer who will help explain your rights.