A maritime emergency can happen in an instant, and crew members must think and act quickly when lives are on the line. Unfortunately, injuries that occur in these situations are too often blamed on those who suffer them. In order to ensure that seamen take every action necessary to preserve life in an emergency, maritime law includes a provision called the maritime rescue doctrine that protects the rights of workers who are injured while attempting to save lives. 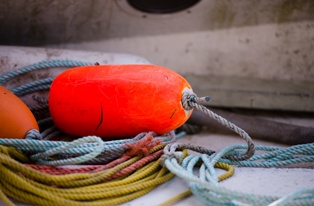 When the Maritime Rescue Doctrine May Apply to an Injury Case

In the past, maritime workers were held liable for contributory negligence to their own injuries, even if they placed themselves at risk to save others. Fortunately, today’s admiralty law acknowledges that placing liability on rescuers may prevent them from taking lifesaving actions, and that rescuers are required to act quickly and without the benefit of hindsight in order to save a life. The essence of the maritime rescue doctrine is that a person who is injured in the course of a rescue will not be held liable for his own injuries, unless his actions were wanton and reckless.

Rescuers who respond to distress calls from other vessels may not be held liable for negligent actions if their own boats are swept away in the storm. Similarly, a seaman who is injured while taking action to avoid sinking or drowning should not be apportioned blame for causing his own injuries.

There are limitless possibilities for an emergency situation to arise on ships, barges, and commercial vessels. Crew members may be struck by swinging crane arms, become entangled or crushed by rigging, lose fingers in pinch points, or even be pushed or thrown overboard in an attempt to save the ship and its crew.

Who May Be Liable for Injuries in Emergency Maritime Situations?

In general, maritime rescuers are held to the standard of a “reasonably prudent” person when assigning blame for an injury. Courts should judge the rescuer’s behavior on whether another person facing the same emergency would have taken similar actions. Since all people may reasonably act with confusion, voluntarily expose themselves to danger, make judgment errors in favor of a swift response, and forgo communication of actions before performing them, these common behaviors are usually not a valid basis for contributory negligence.

Parties That May Bear Responsibility For An Emergency At Sea

An Employer or Shipowner

The maritime rescue doctrine may come into play in a Jones Act injury case, especially if the rescuer suffered an injury because the boat was unseaworthy. The doctrine can prevent owners of the vessel from defending themselves in a negligence claim by stating that the rescuer caused his own injuries.

A rescuer who suffers injury while attempting to save a vessel or an endangered party may recover from a third party whose negligence created the peril.

In order for a rescuer to bear responsibility for being injured, his actions must be rash to the point of recklessness—and even if the rescuer’s actions are considered unreasonable by a court, the rescuer will not necessarily be barred from recovery.

Have You Been Injured In A Maritime Accident?

If you've been hurt in a maritime accident you need to speak with an experienced maritime attorney as soon as possible. Please contact us online or call our New York City office directly at 212.465.8840 to schedule your free consultation.

You can also download your complimentary copy of Are You a Seaman Injured in a Maritime Accident? Know Your Rights today.