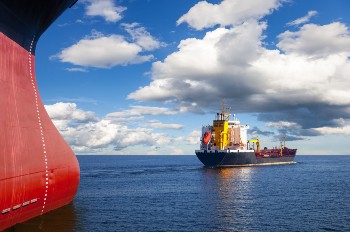 In the shipping industry, crash maneuvering is the recommended procedure to avoid an object on a collision course. Steps must be performed in a specific order to prevent injuries during emergency maneuvers, and failure to follow procedures can cause significant injuries to crew members. An experienced Jones Act injury attorney explains what to do after suffering an injury in an emergency situation.

Emergency maneuvering is usually done to avoid a collision with another vessel or a stationary object, such as a bridge or oil platform. While the main engine is subjected to severe stress during reversing, the safety of the ship and crew is assured when procedures are done correctly.

However, mistakes are often made when tensions run high. A breakdown in safety systems can lead to injuries during evasive maneuvers such as:

Hard-stopping a ship is highly stressful and much more complex than slamming on the brakes in a car. The helms person must reverse the rotational direction of the main engine, pulling the ship backward into a stop. If the vessel has shaftline propulsion, turning to full astern takes several minutes and compromises steering ability. The emergency stopping procedure in vessels equipped with podded propellers allows ships to come to a halt much faster, but it demands step-by-step manual actions by the helmsperson.

While the sequence varies from ship to ship, the general procedure may include the following:

Did Your Vessel Have a Successful Crash Stop Test?

All vessels must undergo safety inspections and regular drills to ensure that all necessary measures have been taken to protect the crew. A crash stop test is critical as it allows the captain to estimate the time and distance needed to bring the ship to a complete stop in an emergency.

For the test to be valid, it must be carried out at average speed on a straight path. The vessel should be allowed to surge with negligible acceleration until it proceeds in a steady motion on the desired path. The ship’s course must be tracked and recorded using the GPS installed on the vessel.

Once the engine achieves the rated RPM on open water, the rotational direction of the engine is suddenly reversed. The GPS measures the distance covered by the vessel before it comes to a complete stop and is recorded as the vessel’s track length.

It should be noted that many factors can alter the track length of a ship over time. The amount of load it carries, the wear and tear on components, and the engine's age can all affect the ship's braking parameters. Regular testing can keep the track length up to date and prevent unnecessary injuries.

If ships have an automated braking sequence, these systems should also be tested to ensure they are in safe working order and will respond appropriately in an emergency.

Let a Maritime Injury Lawyer Fight on Your Side

Suppose you have been hurt while your vessel commander was trying to avoid a collision. In that case, the experienced maritime attorneys at Hofmann & Schweitzer can protect your rights—and we don’t collect any payment unless we win your case. Call us at 1-800-362-9329 or learn more about your claim in our complimentary guide, Are You a Seaman Injured in a Maritime Accident? Know Your Rights.