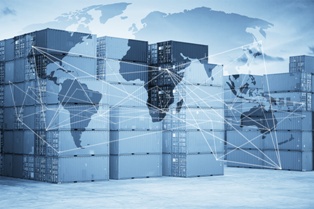 If you were injured in an accident on the water, you could be owed compensation under a variety of maritime laws. Federal statutes, such as The Jones Act, Death on the High Seas Act (DOHSA), the Longshore and Harbor Workers' Compensation Act, (LHWCA) and general maritime law protect employees who work on or near waterways, while state laws provide additional protection for work-related injuries. Our attorneys can listen to the facts of your case and get you the help you need while you are unable to work.

Our offshore injury law firm represents a wide variety of workers who have suffered sudden accidents, repetitive stress injuries, and occupational illnesses in commotion with maritime employment. Our clients have included Jones Act seamen on vessels in navigable waters, as well as dock workers, longshoremen, and tradesmen injured in offshore accidents. As we are based in New York City, we have ample opportunity to serve workers at the largest ports in the state as well as those whose vessels regularly travel through these ports of call.

We advise harbor workers and seamen throughout all ports in New York state, including:

This port at the mouth of the Hudson River is one of the largest and busiest ports in the United States, handling millions of tons of cargo every year. In addition, the Port Authority of New York and New Jersey oversees work requests on a variety of existing structures (such as our bridges and tunnels), as well as new operations that require the skills of hardworking maritime construction employees.

The port of Buffalo is vital for international trade, as its location makes it easy to distribute goods into and throughout Canada. The port also connects Lake Erie to the Niagara River and is the first major U.S. port of call for vessels entering or leaving the Great Lakes, placing it in the center of a variety of different waterways—potentially complicating an injury claim on their shores.

On the southern shore of Lake Ontario in western New York, Rochester is the third most populous city in New York state. The Genesee River offers a thriving trade for barge workers, fishermen, and other employees who rely on the water to make their living.

The Port of Albany-Rensselaer offers at facilities on both sides of the Hudson River, boasting one of the largest grain elevators in the U.S. and the tallest harbor crane in New York.

Visitors and locals alike rely on the water to travel to New York City, but also to visit the neighboring communities of Bay Shore, Greenport, Patchogue, and the Great South Bay. Tourism swells during the summer, making crab fishing, ferries, and pleasure boating highly profitable.

Alexandria Bay and the Thousand Islands.

Ferries take vacationers to a variety of beach destinations in the summer, including Kismet and Fair Harbor on Fire Island. These ferries operate in navigable waterways, giving seamen the option to seek maintenance and cure benefits for their medical bills and lost income.

Cape Vincent occupies a peninsula at the convergence of the St. Lawrence River and Lake Ontario, potentially causing jurisdiction problems for workers injured on the water.

As the only U.S. port on the St. Lawrence Seaway, Ogdensburg’s International Bridge links the United States and Canada.

This port allows shipping access to the Hudson River, but also construction and maintenance opportunities along the Newburgh–Beacon Bridge.

Have You Been Injured In A Maritime Accident?

If you've been hurt in a maritime accident you need to speak with an experienced maritime attorney as soon as possible. Please contact us online or call our New York City office directly at 212.465.8840 to schedule your free consultation.

You can also download your complimentary copy of Are You a Seaman Injured in a Maritime Accident? Know Your Rights today.