Assistance for Workers Who Have Suffered Maritime Injuries in Freshwater 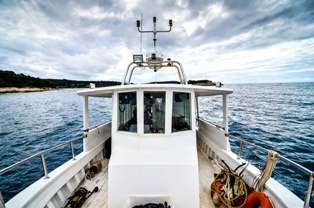 Maritime work does not always involve large ships crossing a wide expanse of ocean. Many U.S. states rely on seamen and maritime employees for work on inland lakes and rivers. The Great Lakes of Michigan, Flathead Lake in Montana, Lake Tahoe along the California and Nevada border, and even the Florida Everglades are all comprised of freshwater—along with countless other rivers and streams. Depending on where your accident took place, your injury and disability costs may be covered by maritime law.

How Injuries Occur on Freshwater Lakes and Rivers

Freshwater lakes and rivers may not contain salt, but they carry all of the same risks of injury and death as any other major body of water. If your vessel was traveling on a waterway that feeds into an ocean or is regularly used for commercial shipping, you may be owed injury benefits under the Jones Act, including lost wages, payment of your medical bills, compensation for lost future earning capacity, and damages for pain and suffering.

Maritime employees may be covered for a freshwater maritime accident involving:

If you or a loved one has been injured while performing maritime work, our attorneys can determine who may be liable for your accident and what you are owed under the law. Call (800) 362-9329 today to set up your initial consultation or download your complimentary copy of Are You a Seaman Injured in a Maritime Accident? Know Your Rights today.