What if my Jones Act insurer will pay my medical bills, but nothing else?

Although injured workers are owed maintenance and cure benefits under the Jones Act, employers often use a number of tactics to reduce the amount of money they pay out in claims. One common method is to reduce or stop payments for necessary medical services or living expenses, paying for only a portion of what the employee is owed under the law.

Jones Act Insurers Could Pay Medical Costs, But No Wages

Maritime laws permits every seaman who becomes ill or injured during employment to collect a daily living stipend, all necessary medical payments related to the injury, and all past outstanding 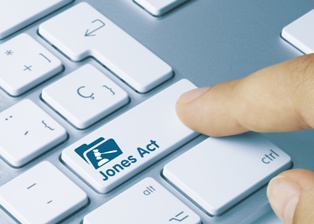 wages earned. The daily living allowance begins once the worker is off the vessel where the injury occurred, and these payments can be suspended for any time the employee is in a hospital (since room and board in these instances is already provided).

However, employers may dispute the amount of wages issued to seamen based on the misinterpretation of maritime wage laws. For example, seamen may suffer lower wage payments due to:

If you have been injured on a ship or as a harbor worker, we can examine the facts of your case and get you the all that you are owed under the Jones Act. Contact us online or call (800) 362-9329 to speak with an experienced Jones Act lawyer at Hofmann & Schweitzer as soon as possible.