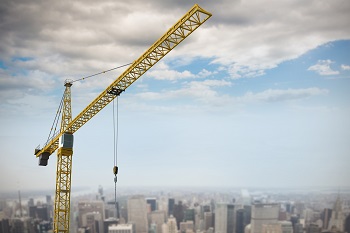 Crane accidents often make the news. They can be dramatic construction accidents that result in significant injuries, or fatalities, for crane operators. However, it isn’t just crane operators who are at risk. It is also construction workers who work around these heavy, and potentially dangerous, pieces of equipment along with pedestrians and bystanders in the area.

What Are Some Common Causes Of Crane Accidents?

This morning, a crane collapse in TriBeCa left one man dead, two people seriously injured and a fourth with minor injuries. There was property damage too. As it fell, the crane clipped at least one building and crushed a row of parked cars. The force of the collapse caused a water main break, as well as a possible gas main break.

Reports say that the crane, which was owned by Bay Crane and operated by Galasso Trucking and Rigging, had previously operated as high as 20 stories. It was being moved into a secure position because of high winds when the incident occurred. Workers had blocked off traffic and pedestrians for the move, which probably helped prevent more injuries.

Crane accidents happen for a variety of reasons, and it is too early to officially declare why this crane fell. The severe weather conditions - snow and winds that reached 20 miles per hour - were likely a major factor.

Crane accidents often occur because workers extend the crane boom beyond manufacturer's specifications. Overextension can impact the crane's capacity to carry loads and put too much pressure on mechanical, hydraulic and structural components of the crane. However, that is probably not the case here. It is reported that an inspector with the Department of Buildings had been on the site Thursday because workers were extending the crane. The DOB reviewed the work and approved it.

Uneven ground conditions can also be a factor in crane accidents. So can interference with other structures, like power lines. Worker error should also be considered. So should the presence of dangerous or defective crane parts.

What You Need to Know if You Work Around Cranes

If there are cranes used at your New York construction site, then it is important to:

A crane is an important piece of construction equipment and is necessary on many New York construction jobs. However, just because it is commonly used does not mean that it is always safe. As with any heavy piece of equipment, it is important to remember to always follow the safety rules to prevent a serious accident.

Last May, the Center for Construction Research and Training described several things that can be done to prevent crane related accidents.* Specifically, it was suggested that:

Often, preventing crane accidents comes down to proper safety precautions being taken and to inspectors and workers using reasonable care in their work.

Something Fell Off A Crane And Hit Me. Can You Help Me?

"I was doing work near a crane when something fell off and hit me, causing me to suffer a significant injury. I was not part of the crane operation. Should I contact a New York construction accident attorney for help?"

Yes, even if you were not part of the crane operation it is important to contact an experienced New York construction accident lawyer to find out more about your rights and potential recovery. There is no requirement that you be on the crane or in any way involved in the crane’s operation in order to recover damages after a New York crane accident.

Instead, you need to prove the same elements of a case as an injured crane worker would need to prove. Specifically, you may be required to show that someone’s negligence or a malfunction of the crane caused the accident which resulted in your injuries.

An experienced New York construction accident attorney can help investigate your case, anticipate the defendant’s defenses and fight hard for your just recovery. New York crane workers and other construction workers on sites that use cranes are at risk and deserve just compensation for their injuries.

Call a New York Construction Attorney if You’ve Been Hurt

Even if you follow all the rules, a crane accident could happen and could cause you to suffer a serious injury. If this has happened to you, then we encourage you to contact an experienced New York construction accident attorney at 1-800-362-9329 for more information. We also encourage you to read our FREE brochure: Hurt in a Construction Accident? You’re Not Alone, to learn more.

*Source: The Center for Construction Research and Training: Understanding Crane Accident Failures: A Report on the Causes of Death in Crane-Related Accidents, May 2010