New York is joining the ranks of major alternative energy producers with an agreement that will turn the South Brooklyn Marine Terminal (SBMT) into one of the largest offshore wind facilities in the United States. In March 2020, New York City Mayor Eric Adams announced a plan to provide “sustainable power, good-paying jobs, and climate justice,” straight from the biggest city in the nation.

Renewable Energy Wind Farms Off the Coast of New York 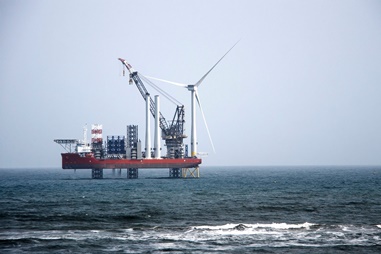 The SBMT will be expanded and upgraded to serve as a power interconnection site for the Empire Wind 1 project and the farm’s operations and maintenance base.

The port will serve as a hub to support the Empire Wind and Beacon Wind offshore wind farms in the coming years. To encourage future development with Equinor and other producers, heavy lift platforms for wind turbine staging and installation will be built on the 39th Street Pier. The agreement allows the city to revitalize its ports and coasts while adding job opportunities for maritime employees, construction workers, and other skilled professionals in the local workforce.

The South Brooklyn Marine Terminal project is expected to:

Workers Needed in the First Stages of Wind Turbine Installation

Marine employees on crew transfer vessels will be essential as the turbines are installed, and the harbor is transformed to store power. While Ørsted and Eversource transport workers via helicopters to their farms along the Northeast U.S. coast, there are currently no airborne crew change operations plans.

As it begins to take shape, the project will also involve:

New York City has already committed $191 million to various offshore wind projects, including $57 million in support of SBMT. As more clean energy opportunities arise, employers must take the safety of their workers seriously during the installation and operation of power structures. Employees who suffer injuries in service of offshore wind projects will likely be owed benefits under the Jones Act, the Longshore and Harbor Workers’ Compensation Act (LHWCA), or general maritime law.

If you or someone you know has been injured while ferrying workers or parts between land and an offshore wind turbine, we can help. Call us at 1-800-3-MAY-DAY or fill out our online contact form to begin your no-obligation consultation. You can also learn more about these types of claims in our complimentary guide, Are You a Seaman Injured in a Maritime Accident? Know Your Rights.