Assistance for Maritime Workers Who Have Suffered Injuries in International Waters 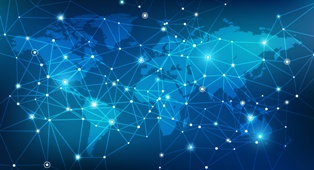 Maritime work sends thousands of employees around the globe every year, working and living on freighters, container ships, fishing boats, tankers, and other vessels. When an injury occurs, different compensation laws may apply depending on the status of the person injured, the circumstances surrounding the injury—and of course, where the injury took place. As a result, it is vital that maritime employees who are hurt in international waters know their rights, including who may be liable for the costs of their injuries.

What Are International Waters?

International waters, often referred to as “the open sea” or “high seas,” are any waterways that are located outside any nation’s territorial waters. Since no country ‘owns’ these waters, jurisdiction usually depends on the nationality of the vessel or the seaman involved in the injury.

A few facts that can help workers understand injuries on international waters:

Who Provides Compensation to Workers Injured in International Waters?

In the majority of cases, legal jurisdiction for an injury case in international waters falls under the country who owns or operates the vessel. A vessel flying the United States flag is governed by United States maritime law, regardless of where the vessel is navigating to or returning from. As a result, seamen and other maritime employees who are injured on U.S. vessels are protected under a variety of federal compensation statutes.

If you are hurt or fall ill in foreign waters, your losses may be covered by:

Since the laws governing international voyages can be complex, it is always best to speak with a maritime lawyer as soon as possible after an injury at sea. If you or a loved one has been injured while performing maritime work, our attorneys can determine who may be liable for your accident and what you are owed under the law. Call (800) 362-9329 today to set up your initial consultation or download your complimentary copy of Are You a Seaman Injured in a Maritime Accident? Know Your Rights today.