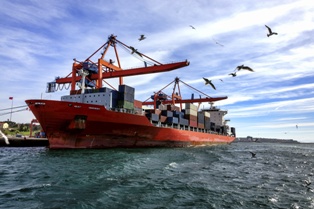 While many people know that the Jones Act provides workers’ compensation benefits to seamen who are injured on the job, they may not be aware that it also provides grounds for suing an employer. Seamen who have been injured as a result of an employer’s or shipowner’s negligence can take the other party to court to recover medical costs, disability payments, and other financial losses. However, it is up to the seaman to present a convincing case for compensation.

Under maritime law, injured workers enjoy a lower burden of proof than other personal injury lawsuits, meaning a seaman can still recover if he contributed in some way to his own injury. Even if the at-fault party had a small degree of responsibility, the seaman could still be awarded damages for negligence.

In order to win a Jones Act negligence claim, the seaman and his legal advisor must provide enough evidence to establish a clear link between the events of the injury and the owner’s responsibility. This typically involves four key elements:

Why it May Be Difficult to Gather Evidence of Negligence

As Jones Act cases hinge on the quality of evidence provided, there is often a vast amount of video recordings, photographs, statements, pay stubs, tax returns, test results, and other documents that will be entered into evidence. Unfortunately, it will be up to the seaman to collect all of the necessary evidence needed to prove a Jones Act case—and this is often a long and frustrating part of the process.

Barriers to collecting evidence include:

Jones Act employers will do everything they can to reduce their legal liability and minimize the amount they pay to injured employees. If you've been injured at your maritime job you need to speak with an experienced maritime injury lawyer as soon as possible. Contact us online or call us directly at 800.362.9329 to schedule your free consultation.