New York City Construction Accidents Are on the Rise 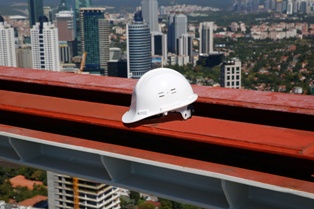 New York City is having one of its biggest building booms in recent years, with over $15 billion in new construction projects in the first half of 2018 alone. Unfortunately, the rise in building projects has also caused an increase in construction worker injuries, many of which have resulted in death.

According to the NYC Buildings Department, eight people had lost their lives in construction accidents, and hundreds suffered injuries as of July 2018, a significant increase over the previous year. While accidents occurred in all five boroughs, the highest number of accidents, injuries, and deaths took place on projects in Manhattan.

The first half of 2018 saw a considerable increase in workplace risk for construction workers, including:

The number of construction site events resulting in injury accidents increased over 18% from 386 accidents in 2017 to 457 in 2018.

Deaths doubled from four to eight over the same period the previous year.

The majority of hazards resulting in injuries, including electrocution, falling debris, collapsed scaffolding, and falls down elevator shafts, could have been prevented.

Although 2018 saw new regulations from the New York City Council requiring at least 40 hours of safety training for construction workers, the regulations may not have had much effect on accident rates in the first half of the year. The sad truth is that construction remains the most dangerous job in the city, with all workers throughout the industry suffering at least one injury throughout their careers.

If you were injured while in an accident while living or working in New York City, we can help. Contact us online or call (800) 362-9329 to speak with a personal injury lawyer at Hofmann & Schweitzer today, or read through our FREE brochure, Hurt in a Construction Accident? You’re Not Alone.