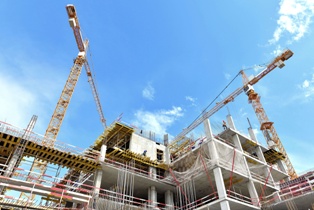 Construction workers face daily dangers on job sites, but those involving struck-by hazards are likely to prove fatal. An employee who does not check his path before revolving a backhoe or a simple shift in the wind can send hundreds of pounds of force into a passing worker—and these kinds of scenarios are unfortunately common. The Bureau of Labor Statistics (BLS) estimates that thousands of workplace deaths per year occur due to sudden contact with objects and equipment, also known as struck-by accidents.

While being hit by falling debris is a common cause of construction accidents, struck-by injuries are slightly different. They occur when a worker is struck as a result of a force other than gravity, such as when an object is propelled or driven. The most common objects involved in struck-by injuries include:

In many cases, employers could have done more to prevent these injuries from occurring. If you have suffered as a result of a struck-by construction accident you need to speak with an experienced construction injury attorney as soon as possible. The New York injury lawyers of Hofmann & Schweitzer can explain your options at no cost to you. Contact us online or call us directly at 800.362.9329 to schedule your free initial consultation.