What are Jones Act waivers for emergency relief? 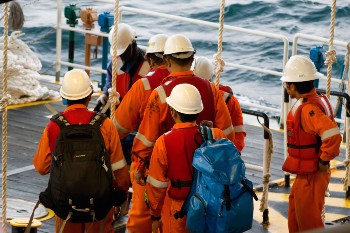 Section 27 of the Merchant Marine Act of 1920, commonly called the Jones Act, provides numerous benefits to U.S. seamen. In addition to providing benefits for seamen injured at sea, it limits domestic trade by water to U.S.-flagged vessels owned and operated by U.S. citizens.

However, provisions of the Jones Act can be waived in certain circumstances, such as after natural disasters. An experienced Jones Act injury attorney explains how emergency relief waivers affect maritime workers.

There are some situations where it’s impractical to limit domestic shipping to U.S.-flagged vessels. If Jones Act requirements are hampering disaster response efforts or delaying emergency aid, the law can be waived to allow foreign ships to dock and provide relief.

It’s worth noting that there are two statutes known as the Jones Act. One, a cabotage law at 46 U.S.C. §§ 861-889 forbids foreign-flagged ships from delivering goods to U.S. territories when sailing from one U.S. port to another. The completely different Jones Act, 46 USC Sec. 30104 provides for the right to sue the employer or ship owner for negligence. The waivers discussed regarding the cabotage law, 46 U.S.C. §§ 861-889, do not affect the injury benefits for legitimate US seamen under the Jones Act, 46 USC Sec. 30104. However, the waivers of the cabotage law Jones Act is harmful to U.S. seamen because foreign seamen on foreign flag ships are replacing U.S. seamen on U.S. flag vessels, causing American workers to become unemployed. This is a terrible consequence of the waivers.

At Hofmann & Schweitzer, we support AMERICA FIRST and decry the waivers of the Jones Act cabotage law. Annexed find a statement about this issue from the AFL-CIO which our firm endorses. American jobs for American transportation!

To prevent open trade with foreign nations on U.S. territories, the government imposes strict limitations on any waivers granted. In 2020, Congress eliminated the federal government’s authority to grant long-term waivers except in cases that addressed “an immediate adverse effect on military operations.”

Today, waivers are typically restricted to single-ship movements. If no Jones Act-compliant vessel is available, a foreign vessel has just 10 days to dock and deliver aid. Unfortunately, this can cause significant problems due to the following:

Our Maritime Injury Lawyers Can Explain Your Next Steps

If you have been hurt while delivering goods after a hurricane or natural disaster, the experienced maritime attorneys at Hofmann & Schweitzer can help. We advise maritime clients nationwide on their options and fight to protect their rights—and we don’t collect any payment unless we win your case. Call us at 1-800-3-MAY-DAY or learn more about your claim in our complimentary guide, Are You a Seaman Injured in a Maritime Accident? Know Your Rights.