What is the Public Vessels Act? 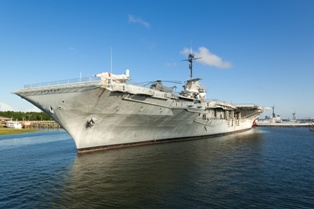 The Public Vessels Act (PVA) is a federal maritime law that was enacted to grant compensation to injured parties onboard U.S. government ships. Before the PVA, workers injured on “public” vessels (owned or operated by the federal government) could not sue for damages because the United States was immune from injury lawsuits. Today, domestic and foreign workers who are injured while working on a government-owned vessel can sue the government to recover medical payments, lost income, and other damages.

What Maritime Workers Should Know About the Public Vessels Act

The PVA applies to maritime cases where an injury occurred during the course of employment by the government, on board a government-operated vessel, or a government-owned vessel that is operated by a private contractor. Citizens of other countries may also qualify to file lawsuits under the PVA, as long as similar laws exist for the benefit of U.S. citizens in the non-U.S. citizen's country.

In order to recover compensation under the PVA, an injured worker will have to:

Just as in other types of injury cases, an employee will have to prove negligence to win maritime injury compensation. This includes providing evidence that the U.S. government's negligence contributed to a worker’s injury or death.

The government may be exempt from liability in cases where the worker had the ability to use his or her own judgment in performing the action that led to an injury. An experienced maritime law attorney can carefully examine federal laws or policies to determine whether the worker had an element of choice in performing his or her duties.

File before the statute of limitations.

Although there is a three-year period in which to bring claims under general maritime law and the Jones Act, Public Vessels Act cases must be filed within two years after the injury or death occurs.

If you have suffered an injury aboard a government vessel, our maritime personal injury attorneys can determine who may be liable and what you are owed under the law. Contact us online or call (800) 362-9329 today to speak with a maritime lawyer at Hofmann & Schweitzer or download your complimentary copy of Are You a Seaman Injured in a Maritime Accident? Know Your Rights today.