Injury Risks to Commercial Fishermen Around the United States 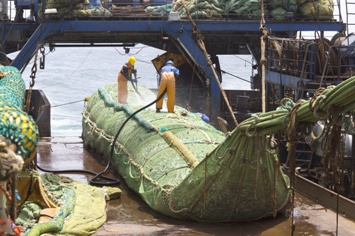 While commercial fishing remains a high-risk occupation, the number of fishing fatalities due to traumatic injury has decreased due to safety improvements and fishery-specific interventions. These improvements are partly due to research conducted by the National Institute for Occupational Safety and Health (NIOSH), whose efforts target specific causes of injury to reduce the incidence of accidents and fatalities among the nation’s fishermen.

Commercial fishing is so hazardous an occupation that NIOSH performed a comprehensive 15-year study to identify the causes of fatalities in U.S. fisheries by location. From 2000 to 2014, 725 maritime workers were involved in fatal accidents while fishing in the U.S., with the causes of death varying by region.

East Coast fisheries were the most dangerous work environments during the study period, with 225 commercial fishing deaths due to traumatic injury (15 fatalities yearly) due to:

Alaskan fisheries saw 179 deaths (12 fatalities per year) during the study period, commonly due to:

Gulf of Mexico fisheries saw 164 maritime worker deaths (11 fatalities per year) due to traumatic injuries from:

West Coast fisheries saw 115 deaths due to traumatic injury (8 fatalities annually) during the study period as a result of:

No matter what part of the world your vessel fishes, you are owed federal maritime injury compensation benefits if you are flying the U.S. flag. If you or a loved one has been injured while performing maritime work, our attorneys can determine who may be liable for your accident and what you are owed under the law. Call 1-800-3-MAY-DAY today to set up your initial consultation, or download your complimentary copy of Are You a Seaman Injured in a Maritime Accident? Know Your Rights.