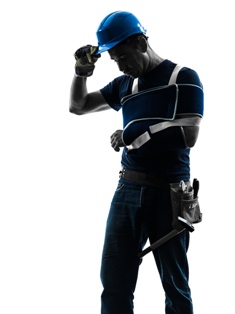 Many New York City construction accident victims’ workers’ compensation benefits will cease once they have been cleared to return to work by their doctors. However, some workers will be unable to go back to their previous jobs even though they have reached maximum medical improvement. When this happens, an employer’s insurance company may offer a workers’ compensation settlement to pay for the employee’s disability. But how can employees know if the settlement amount is fair—and what can they do if it isn’t?

A workers’ compensation settlement is a one-time, lump-sum payment given to a worker to close the claim. However, New York laws may allow employees to receive ongoing payments or even reopen the case at a later date even after receiving a settlement. Of course, insurance companies will try to settle for as little as possible, and will want to close the case to deny you further access to benefits.

While you may have been able to handle your claim at first, everything changes when it comes time to settle your case. A workers’ compensation attorney can examine the details of your claim, determine whether to leave some portions of the claim open, and how to resolve disputes between differing accounts of your injury.

An attorney’s advice can significantly impact the amount of your settlement, especially if your case involves:

The doctor who treated your injuries will assign you a disability rating (given as a percentage) in order to calculate how much you should receive in disability payments. However, you will likely have to undergo a medical examination by the insurance company’s doctor, who will also assign you an impairment rating. These two numbers will rarely be the same, and can vary widely (the insurance company’s doctor is often much lower). Your attorney can make a case to uphold the rating that accurately represents your condition. If you do not have representation, the final percentage may be assigned by clerks at the Workers’ Compensation Board.

If you and the insurance company agree on the disability rating and amount of workers’ comp benefits for a scheduled loss, you may settle via a stipulation agreement. This settlement confirms the amount you will be paid on a weekly or monthly basis (instead of a lump sum), and can be modified in the future if your circumstances change.

Injured workers have 18 years from the date of the accident to reopen a workers’ compensation case, even those that have been partially settled. Claims for scheduled losses can be reopened, as can certain permanent partial disability cases where the injury has gotten worse. Claimants can also reopen a case where lost wages and medical bills have been paid, but the employee did not make a permanent settlement.

A recent change in New York workers’ compensation law requires all workers receiving partial disability benefits to be actively looking for work. The employer’s insurance company may argue that you did not attempt to find a new job while collecting benefits (in other words, voluntarily withdrawing from the job market), which could affect the amount of your settlement offer. An attorney can gather evidence to prove that you met this requirement using medical evidence, labor market surveys, and other vocational factors.

Quite often, the insurance company will make a low initial offer to an injured worker that does not fully consider the costs of future complications and lost income. Injured employees can negotiate with the insurer, but this is a long and complex process against a team of adjusters who have been well-trained in devaluing claims. A skilled attorney will know the best position to take and amount to accept when negotiating on your behalf, saving you the stress and frustration of dealing with the insurer.

If we cannot secure you a fair settlement offer during negotiations, we can take your case to a hearing and advise you on the likely outcome of your case in court.

If you were injured while working on a New York City construction site, we will spare no expense in securing you the compensation you deserve. Fill out our quick online contact form or call (800) 362-9329 to speak with a construction injury lawyer at Hofmann & Schweitzer today, or read through our FREE brochure, Hurt in a Construction Accident? You’re Not Alone.