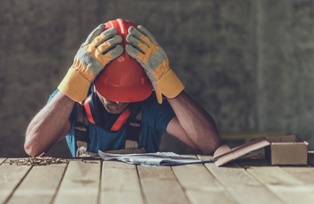 One of the best ways to improve safety in the construction industry is to provide a supportive working environment that treats injuries with the seriousness they deserve. Although reporting construction work accidents has a positive influence on safety and employee health, the truth is that many of these incidents continue to go unreported every year.

In a 2013 study published in the International Journal of Occupational Safety and Ergonomics, 27 percent of construction workers polled admitted that they had failed to report a work-related injury. Employees gave several reasons why they hesitated to make a report, including:

If you have been injured on a New York City construction site, our attorneys can get you the compensation you are owed—and we do not collect any fees until after your case is won. Simply fill out our quick online contact form or call (800) 362-9329 to speak with a personal injury lawyer at Hofmann & Schweitzer today, or read through our FREE brochure, Hurt in a Construction Accident? You’re Not Alone.