Does maritime law cover my case if I was hurt when my vessel was docked? 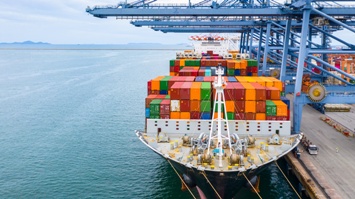 Maritime laws allow compensation for a worker’s medical bills, lost wages, living expenses, and out-of-pocket costs, but determining which law applies to your case can be a difficult process. Seamen, oil rig workers, and harbor employees could potentially be covered under different maritime statutes, each one with its own guidelines and benefit requirements—and these claims become even murkier if a worker has been injured on a docked vessel.

Docks are bustling environments, filled with sailors, harbor workers, passengers, cargo containers, heavy equipment, and vehicles. Since they involve the constant movement of tons of cargo and hundreds of people, it is no wonder that docks and piers are the sites of many severe and fatal injuries for maritime workers.

Potential compensation for dockside injuries may depend on:

If you were injured on a docked vessel, our injury attorneys can determine who may be liable for your accident and what you are owed under the law. Call (800) 362-9329 today to speak with a maritime lawyer at Hofmann & Schweitzer or download your complimentary copy of Are You a Seaman Injured in a Maritime Accident? Know Your Rights today.